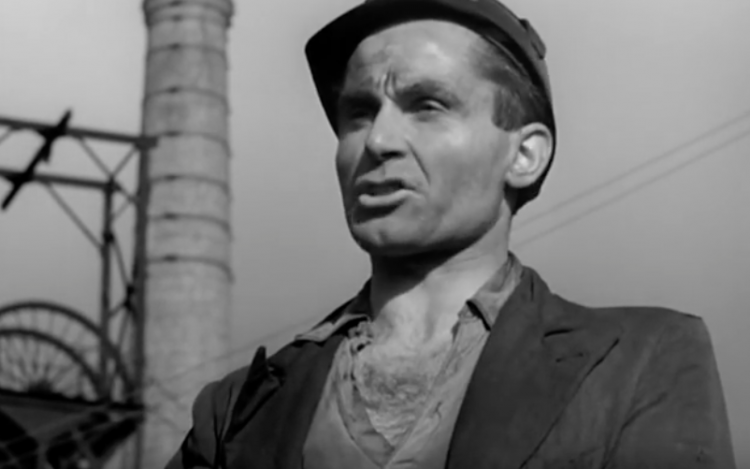 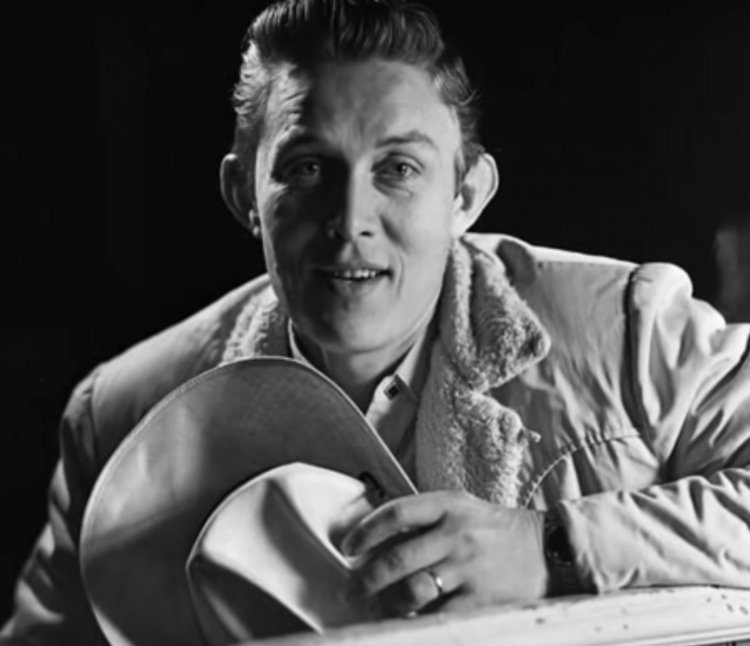 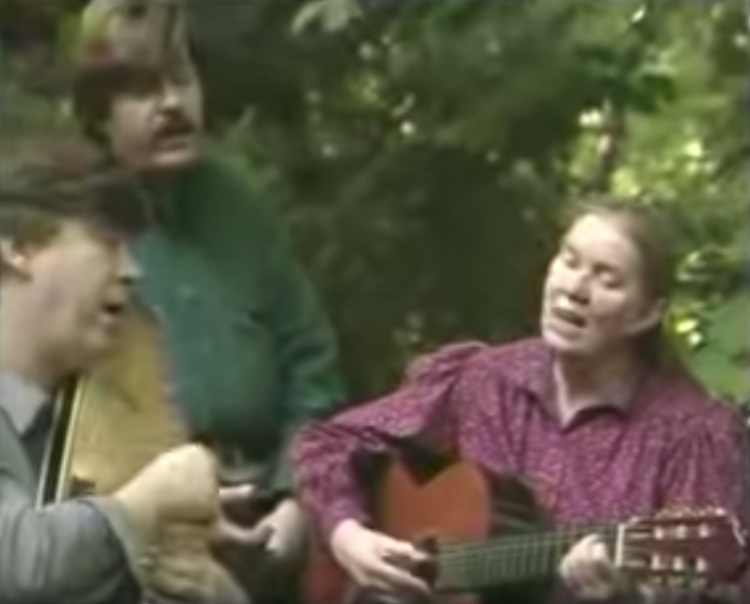 This Music Monday we feature an original song by Kentucky songwriter Jean Ritchie. She wrote Black Waters as a response to strip mining she witnessed near the home she grew up in Viper, Kentucky. At the time, she was worried that no one would take a woman’s word seriously about an issue as serious as strip mining . As a result, she credited Than Hall (the name of her maternal grandfather) as the songwriter for Black Waters. Ironically, many of the leaders of eastern Kentucky’s anti-strip mining movement during the 1960s were women who adopted Black Waters as one of their anthems. The song is still relevant today and has been covered by numerous country, folk and bluegrass musicians. Scroll down for Jean Ritchie’s version, followed by a newer version by country artist Kathy Mattea Black Waters Jean Ritchie Black Waters Kathy Mattea 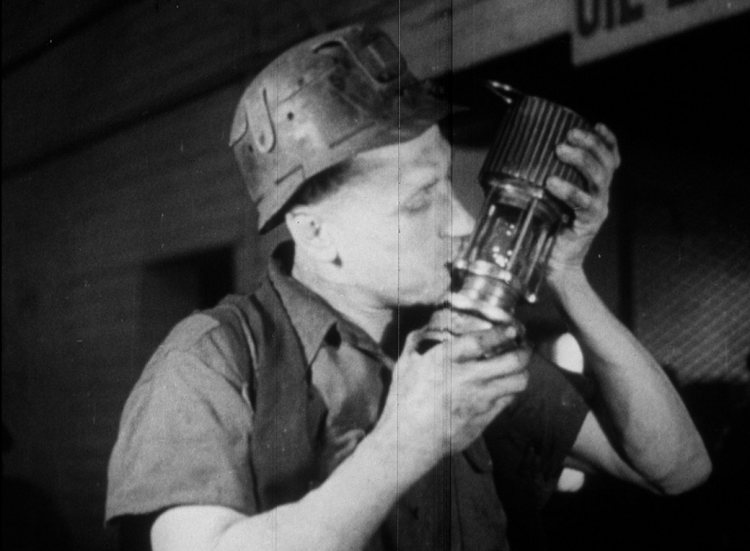 This film Clip Friday we feature a 2010 film commissioned by The British Film Institute (BFI). The BFI invited American Filmmaker Bill Morrison to sort through their archives of coal mining films. Morrison then collaborated with Icelandic composer Johann Johannsson to create a soundtrack that helps provide a dramatic structure for the film. The Miners’ Hymns uses historic footage to illustrate the history of mining in the coalfields around Durham England. While the film has received plenty of critical acclaim, it has not been widely distributed. The Miners’ Hymns by Bill Morrisson 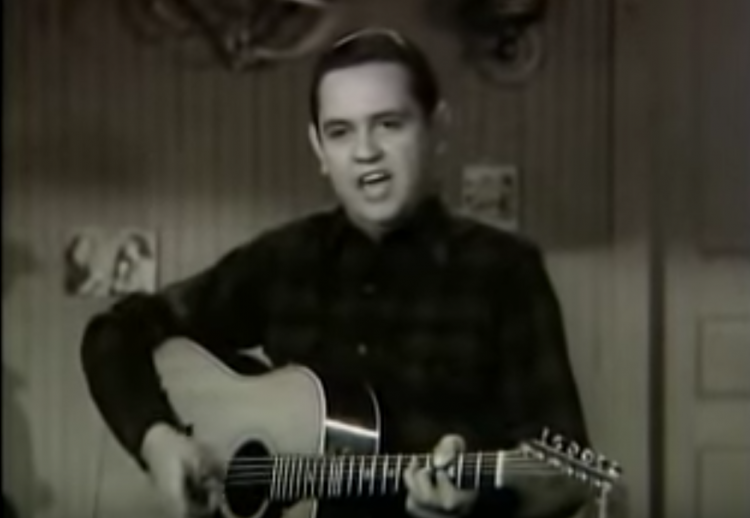 For this week’s Music Monday post, we feature legendary Kentucky guitarist Merle Travis performing his arrangement of the traditional song “Nine Pound Hammer”. Travis’s version of “Nine Pound Hammer” shares verses with the song “Take This Hammer”. Folklorists trace the roots of this song to African American work songs sung by sharecroppers and railroad workers in the late nineteenth and early twentieth century. Versions have been recorded by blues musicians such as Mississippi John Hurt and Taj Mahal as well as blue grass musician such as Bill Monroe. Travis adapted Nine Pound Hammer to reflect his roots in a coal mining community. The following video clip features Travis performing the song in 1951. Merle Travis, Nine Pound Hammer 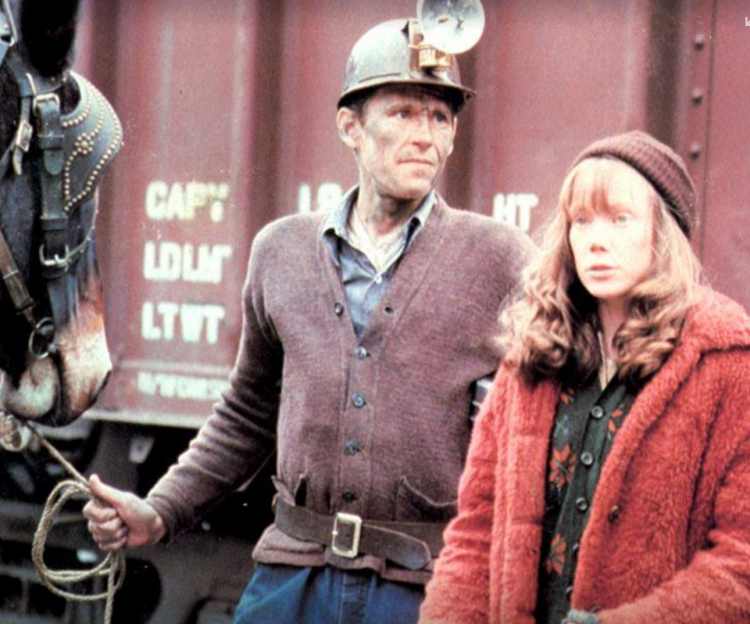 This Film Clip Friday we feature Coal Miner’s Daughter, director Michael Apted’s feature film based on the life country singer Loretta Lynn. The film was released March 7, 1980. Much of the film was shot on location in the eastern Kentucky coalfields that were home to Loretta Lynn, and actress Sissy Spacek won the academy award for her portrayal of the country superstar. Film critic Roger Ebert wrote: “What’s refreshing about “Coal Miner’s Daughter” is that it takes the basic material (rags to riches, overnight success, the onstage breakdown, and, of course, the big comeback) and relates them in wonderfully human terms. It’s fresh and immediate.” A trailer for the film is featured below: Coal Miner’s Daughter 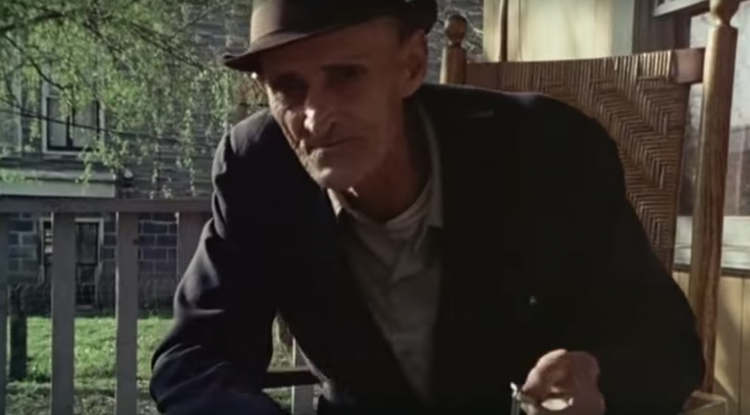 This week’s Music Monday post features Appalachian coal miner, ballad singer, and trade unionist Nimrod Workman performing an original ballad titled “42 Years.” The song describes Workman’s career in the coal mines, including his struggles with black lung disease. This clip is from Barbara Kopple’s documentary Harlan County, USA, but the original sound recording of Nimrod workman singing 42 Years was released on June Appal records in 1974 and a film about his life was released by Appalshop films the following year. Nimrod Workman, 42 years